Welcome to another episode of Millionaire Secrets! This week we’re in the presence of greatness! Jay Samit joined me to talk about entrepreneurship and the growing need for new businesses. Along the way, we discovered that we have a lot of similar opinions about the importance of self-belief. We also shared an understanding of how it affects a person’s prospects in life. But we both arrived at these conclusions from very different places. Jay was the President of EMI Records, he served as a VC for Deloitte, and he’s worked with a string of pre-IPO companies. It’s these experiences that have given him a unique perspective on entrepreneurship. He suggests that anyone can become a millionaire within one year if they have the appropriate motivation and self-belief. But it’s not just a theory… He’s actually got proof! He performed an experiment whereby he told someone they’d be a millionaire within one year. He offered his faith and encouragement, but nothing else. Low and behold, that person earned over $1m within their first year!

So this raises the question… Can anyone become a millionaire? Could you?

Find out in this episode of Millionaire Secrets with Jay Samit! 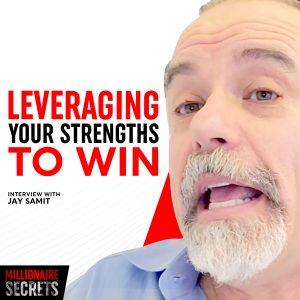