Welcome back to another episode of the Millionaire Secrets Podcast!
I hope you’re ready to hear some of the most eye-opening eCommerce secrets ever revealed, because today I’m joined by special guest Danny Clarkson!

Kenji ROI has helped over 600 Amazon sellers grow, scale, and make hundreds and thousands of dollars. Now is your chance to hear how you can follow in his footsteps. Want to discover his story, secrets, and the strategies he’s used to build his hugely successful Amazon Agency? Although Danny is well known for his success in eCommerce? eCommerce was NOT Danny’s passion. He didn’t have dreams of becoming an Amazon seller, or a world-renowned PPC expert when he was growing up. In fact, it was quite the opposite. He wanted to pursue his passions – drumming, longboarding, and skateboarding, but that didn’t work out. He quickly realized that building a business around his passions would NEVER work for him.

Want to find out why? 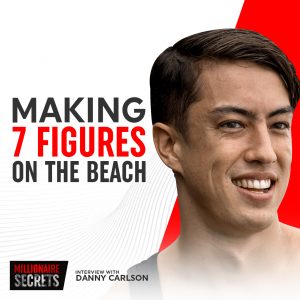