For today’s episode, I have been joined by a Hollywood storyteller – the amazing Brant Pinvidic! Brant is the author of The 3-Minute Rule, an award-winning film director, veteran television producer, and founder and CEO of INvelop Entertainment. In fact, you may have already heard this name from one of his infamous shows – ‘Why I’m Not On Facebook’, ‘Extreme Weight Loss’, and ‘Bar Rescue’. You see – not only is he the best-selling author and a contributing writer for Forbes, but he also has 20 years of experience producing TV and movies under his belt. It was the skills he acquired within this industry to capture people’s attention and tell a story that led him to business success. Brant has taken the life skills, business mindset, and storytelling creativity lessons that he developed during his Hollywood career and used them to uniquely bridge the entertainment industry and the business community. From humble beginnings in Canada, he worked his way through the ranks of Hollywood, earning his reputation in the industry. Before creating INvelop Entertainment, Brant was the President and Chief Creative Officer for one of the biggest names in the industry – 3 Ball Entertainment. So far, Brant has raised millions of dollars, launched and operated dozens of different companies, managed thousands of employees, and made and lost several fortunes. He took those real-life business lessons to Hollywood, and now takes what he’s learned in Hollywood to the real world with his writing and speaking today. 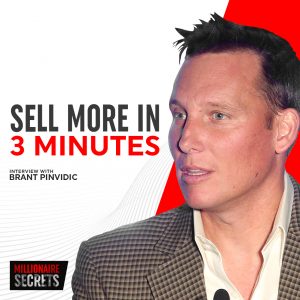