For today’s episode, we are joined by the co-founder and managing partner of Add1Zero which, for those who aren’t familiar, provides lead-to-close sales execution for B2B tech companies ready to leap from 6 to 7 digits of revenue. I’m talking of course about the great David Ledgerwood! Just to portray how successful David Ledgerwood is, he has personally closed over $35 million in sales and has an average deal size in excess of $150,000. It’s fair to say David knows his way around the sales industry, he has sold software and services for more than a decade and helped several companies grow into the mid-7 figures. But that wasn’t what David has always known… David actually started his career in professional services at PwC where he then carved out a unique niche as a Bash developer. After 20 years in that industry, David moved into private media for a major publishing company where he acquired his taste for entrepreneurial ventures. In 2007, David walked out of his desk job and moved and started his own company. Before the Great Recession did a number on his new company, he had got to a $500K run rate! Thankfully this hurdle didn’t stop his taste for entrepreneurship as David moved into EdTech and started to build his business development chops. Before long he had hopped to a COO role, consulted, mentored, and coached and in 2015, he got back into the founder game and the rest is history! Fast forward to today – David has 5 kids at home and an interstate marriage that he juggles with his business Add1Zero. This Is David Ledgerwood’s Success Story! 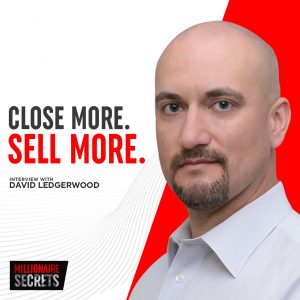