In my latest video, I touched on the topic of self-belief.

In short – how to believe in yourself, when you don’t believe in yourself.
This is a problem that most of the population deal with. I guarantee most people that you know will question the choices they make daily, they will second guess themselves, and they’ll rob themselves of potential opportunities simply because they don’t believe they can do it. You might even relate to a few of those…

In my video, I cover 5 things that you absolutely need to know about belief so that you can start to control your relationship with self-belief.
Whether you’ve spent your whole life feeling restrained and limited by your belief, or you’ve only just started to recognize some self-doubt cropping up – I can help. I know that the vast majority of people don’t believe in themselves, that’s exactly why this video is so important because half the battle is thinking you can do it. From personal experience, I think that belief isn’t something you can shove on people, but I do want to help you by giving YOU control of your belief and where you place it. Here’s a glimpse into the 5 things you need to know about belief.
Belief is:
Contagious
Momentum
Expected
Habitual
Vulnerable

What do I mean by these random words?

Watch the full video to find out and discover how to put yourself in the driver’s seat of your belief system. 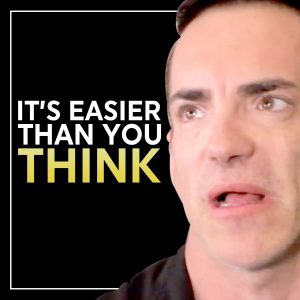