Welcome to “Unlock Your Potential with Jeff Lerner”!

Wealth Management – It’s a somewhat misunderstood term. But thankfully, we’ve got Rob Luna, an expert wealth strategist, to explain exactly what’s involved. Rob was a stockbroker in his 20s before starting his wealth management company. But his story begins long before that. Growing up in inner-city LA was tough, and a lot of people don’t make it out. Fortunately, Rob did. He was awarded a wrestling scholarship that changed the course of his life for good. He finished college and landed an excellent brokerage job. But a big salary (especially for someone in their 20s) wasn’t enough to keep him there. He went out by himself and started his own wealth management company aged 26. But this came with problems. Although his clients were happy, Rob’s decision had led to a massive pay cut. Many entrepreneurs will experience a rough start while they’re building their first business. Rob was no exception since he had to pick up shifts at his friend’s car detailing company to make ends meet. But this didn’t deter him. A few years later, his client list had grown, and he was managing 9-figure sums for ultra-wealthy individuals. Rob is the definition of the American dream. He rose up from nothing and is now one of the most successful wealth managers in the game.

To learn how he did it, make sure to watch the full episode!
Thank you to Rob for sharing your expertise, and thank you all for watching! See you in the next one! 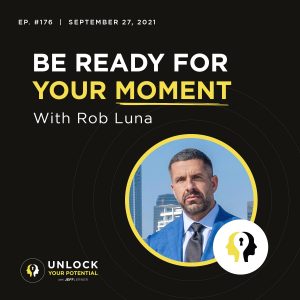