One of the best methods for investing in yourself is through knowledge. Knowledge is a powerful tool that allows you to create opportunities you otherwise wouldn’t because you didn’t have the information.

Even the most successful people in this world invest in their knowledge by reading books, articles, newspapers, etc.

Personally, one of my favorite ways to expand my knowledge is to read books. So, I’ve rounded up the top five books for investing in yourself so that you can learn the secrets of the wealthy and start creating the life you want!

How to Win Friends and Influence People by Dale Carnegie

Written by former salesman, author, and public speaker Dale Carnegie, How to Win Friends and Influence People is one of the best books for investing in yourself.

Rather than listing specific sales tactics for closing a sale, Carnegie lists principles for developing meaningful relationships. He explains that influencing people to get what you want isn’t about making your offer attractive or persuading them; it’s about making friends.

The whole purpose of the book is to show how making friends is much more effective in influencing people than rehearsing a sales script. Filled with several personal stories from Dale himself, the book gives practical tips for applying these principles to your life.

Dale Carnegie – How to Win Friends and Influence People

Carnegie repeatedly tells us throughout the book that to be interesting, you must be interested in other people. The more you ask questions about the other person and genuinely seem interested in them, the more they will return the favor.

To be interesting, you must be interested in other people. The more you ask questions about the other person and genuinely seem interested in them, the more they will return the favor. Click To Tweet

Criticizing others puts them on the defensive and makes them feel attacked. Instead of criticizing when you have a question or don’t understand, rephrase your question.

For example, instead of saying, “Why are you doing that?” rephrase your question to, “That’s an interesting way of doing that. I would’ve never thought of that.”

By rephrasing your question from the former to the latter, you’re opening room for discussion without attacking the other person. The other person will more than likely explain their reasoning without getting defensive. Then, you can understand their reason with empathy instead of instilling judgment.

A person's name is the sweetest word in their vocabulary. Making it a point to remember names will make you a lot more friends. Click To Tweet

Be a Good Listener

Most people passively listen to others only to respond when it’s their turn. However, passive listening makes you seem self-absorbed because you’re only voicing your opinion, not listening to the other person’s opinion. Instead, try active listening.

Influence: The Psychology of Persuasion by Dr. Robert Cialdini 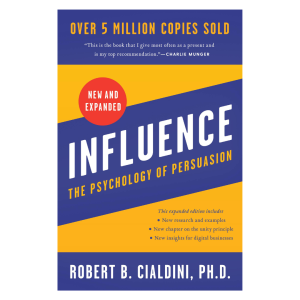 By the end of the book, you’ll have a broader understanding of persuasion and how to use it for your business and relationships.

“A well-known principle of human behavior says that when we ask someone to do us a favor, we will be more successful if we provide a reason. People simply like to have reasons for what they do.”

The rule of reciprocation states that if someone does a favor or gives someone something for free, the other person feels obligated to return the favor.

The social proof phenomenon occurs when you feel influenced to make a decision based on how many others have made the same decision. 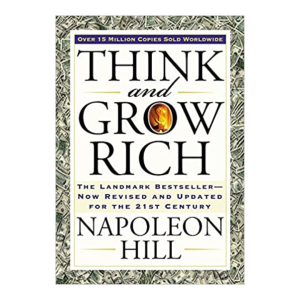 Think and Grow Rich by Napoleon Hill is about using the power of the mind to generate success in your life. The original idea for the book was inspired by an interview between Dale Carnegie and Napoleon Hill. Hill was interviewing over 500 self-made millionaires to uncover the secrets behind their success.

During the interview, Carnegie told Hill that he used the power of his mind to generate personal success in his life. Hill took that idea and turned it into the Laws of Success, a succession of steps to achieving success through mind power.

This book is a must-read for investing in yourself and using the power of your mind to transform your life!

“The way of success is the way of continuous pursuit of knowledge.”

Desire goes beyond simply wishing for success. It is the combination of wishing and the belief that you will achieve success. The final piece of desire is backing up wishing and belief with a sense of purpose. Without purpose, the desire remains a wish.

Desire goes beyond simply wishing for success. It is the combination of wishing and the belief that you will achieve success. Click To Tweet

To turn your desires into reality, you must have a plan. Organized planning consists of mapping out the exact steps to reaching your goals. These steps must be small and achievable, keeping you disciplined and avoiding burnout.

Procrastination is what keeps us stuck. The ability to achieve success largely depends on your ability to make quick, firm decisions without being swayed by others’ opinions.

The Seven Habits of Highly Effective People by Stephen Covey 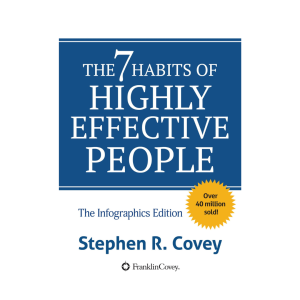 What do highly effective people have in common? Their perceptions of the world are different than the majority of people. The book has seven habits explaining how to undergo deep self-transformation to change our perceptions, thereby changing ourselves in the process.

The reason we aren’t effective in our quests for success is due to how we perceive problems, not the problems themselves. We struggle to succeed because we look for short-term solutions to long-term problems, a byproduct of wrong perceptions.

“To change ourselves effectively, we first had to change our perceptions.”

To be effective in creating success, you must be proactive. You cannot sit around waiting for success to happen. Covey goes in-depth on taking action and changing situations we don’t like to produce a better result.

To be effective in creating success, you must be proactive. You cannot sit around waiting for success to happen. Click To Tweet

The key takeaway from this chapter is the abundance mentality. Everyone wants a piece of the pie. Humans mostly operate on a scarcity mentality, meaning we think there’s not enough. However, your influence increases by creating a win-win situation where everyone gets a little something.

You must continuously sharpen the saw by practicing the seven habits to change yourself. Sharpening the saw in the four dimensions of life – physical, spiritual, mental, social/emotional – allows us to enhance our most important asset, ourselves. In addition, sharpening ourselves to serve others better makes us highly effective individuals.

Unlock Your Potential by Jeff Lerner

Why are we working harder for someone else’s dream than our own? My new book, Unlock Your Potential, is the story of how I went from being a broke jazz musician trying to escape the corporate world to generating over 100 million dollars in revenue.

I dropped out of high school at 16 because I didn’t want to climb the corporate ladder and become a slave to the system. I wanted to create my own schedule and make money on my own terms. So, I became a piano player because I already had some musical talent.

By the time I got to my twenties, I was playing piano for millionaires and billionaires. Being the curious guy I am, I asked them what they did for a living. All of them said they owned businesses. That’s when I realized I could achieve the life I wanted through entrepreneurship.

So, I started and failed at multiple businesses throughout my twenties, finally having a breakthrough in my thirties with my affiliate marketing business. Since then, I’ve generated over 100 million dollars in revenue from my laptop.

But this book isn’t just about my success story. I list several actionable tips you can take to generate the same level of success in your own life. I show you how to break free from the broken system, start investing in yourself, and ultimately create the life you want in the modern economy.

“My mission in life is to prevent any more people from failing to achieve their dreams because they are stuck in the broken system.”

Before you can create the life you want, you need to envision the life you want. Creating a clear vision for your life means taking your big picture goals and breaking them down into actionable steps. By defining your vision, your path to success becomes much clearer.

The 3 Ps of Success

The 3 Ps of success – personal, professional, and physical development – are the foundation upon which you create the life you want.

Developing these three areas is the best way to start investing in yourself, setting you up for creating success in your life.

Rich people have a different mindset regarding creating success and wealth. Since becoming a multi-millionaire, I’ve picked up these rich people concepts:

Investing in yourself is the key to becoming wealthy because YOU are your greatest asset.

The Importance of Investing in Your Knowledge

Investing in yourself through knowledge is critical because it’s something that no one can take away from you. In addition, expanding your knowledge gives you access to opportunities because you have more information than you did before. For example, by reading a book about taxes and how to reduce them, you now know how to minimize your taxes. Many people don’t take the time to learn new information, causing them to stay the same. However, by investing in yourself through knowledge, you’re giving yourself an advantage over others.

Investing in yourself through knowledge is critical because it's something that no one can take away from you. Click To Tweet 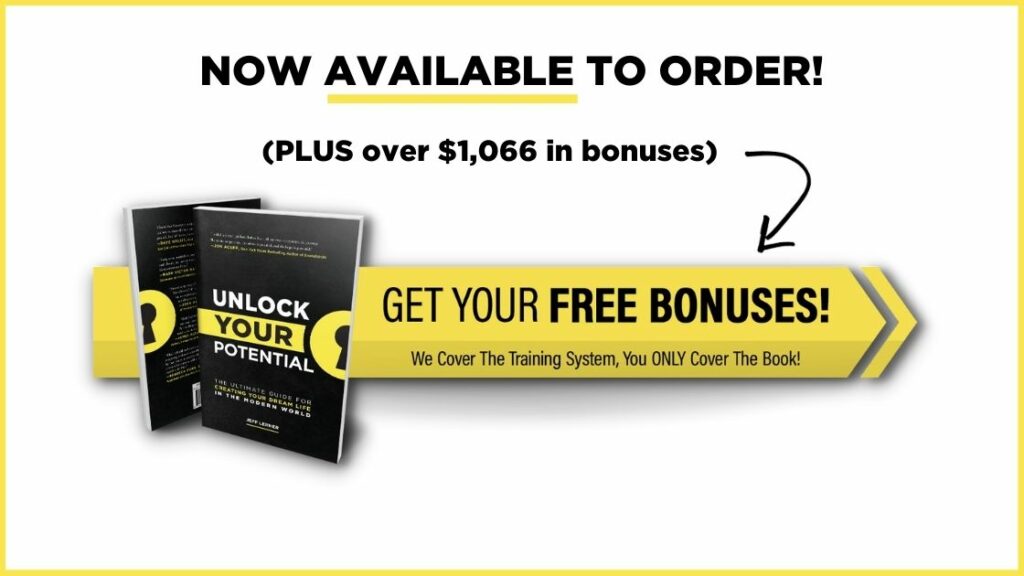