Welcome to another episode of Millionaire Secrets! Today we’re joined by Sir Marco Robinson who has a pretty incredible story to tell. Looking at him now, it seems almost unbelievable to hear about his past. We talked about his hardships growing up in the North of England. He came from a dysfunctional family that moved around a lot. To say his early life was unstable is an understatement. To make things more difficult, he was a small-framed boy with a shock of bright orange hair. This only made him stand out more and he became a target for bullies. But you know what they say… What doesn’t kill you makes you stronger! Sir Marco tells his story in such a way that it’s impossible not to feel sorry for him. But he’s found a way to turn his hardships to his advantage.

The strength he exhibits comes from a place of knowing just how hard things can be. Although he’s excelled professionally, that journey has been a difficult one too. Sir Marco recalls his first job selling timeshares. It’s hard to imagine that the award-winning salesman, philanthropist, and best-selling author (among other things) is the same young man he describes in this episode. His journey has been completely transformational and it’s an inspiration to anyone who’s experienced hardships. At this point in his life, there’s nothing he can’t do. But “A Jack of All Trades” isn’t quite the right title. Because everything he does, he does it incredibly well! You could call him “A Master of All Trades”! Make sure to check out the full episode to see what Sir Marco could teach you! 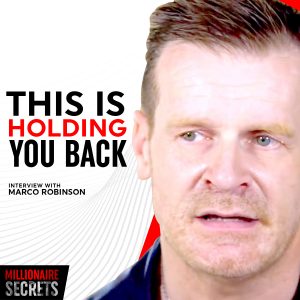